Havas is a large coastal city on Opic. They are aware of star travel, but they live in a paradise and many have no desire to leave. 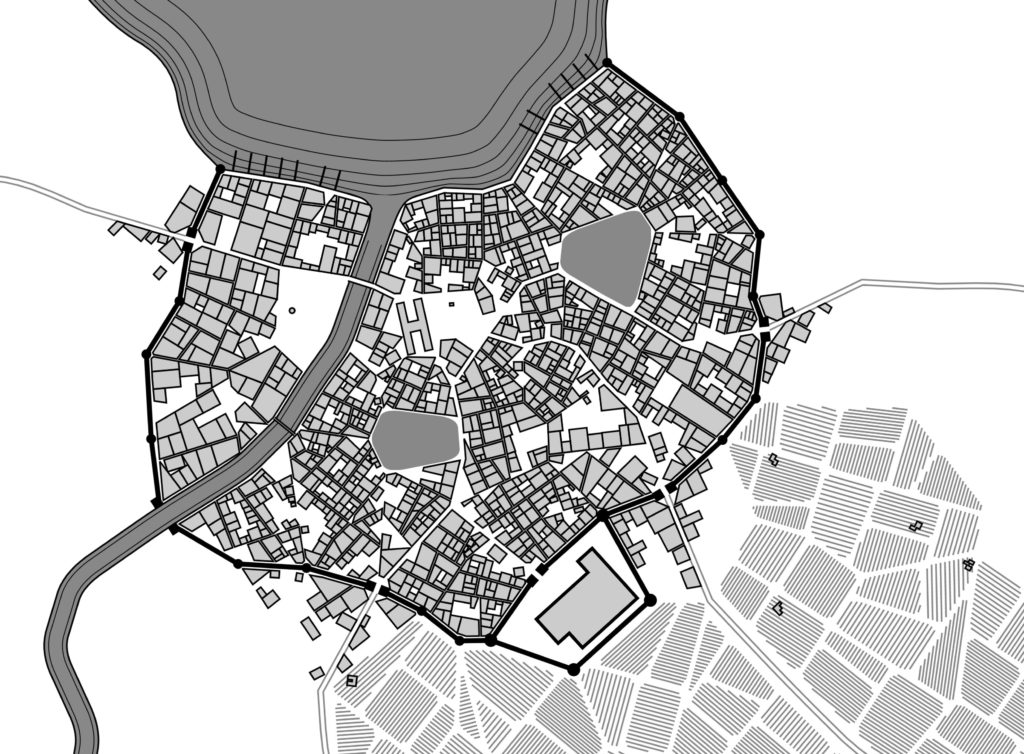 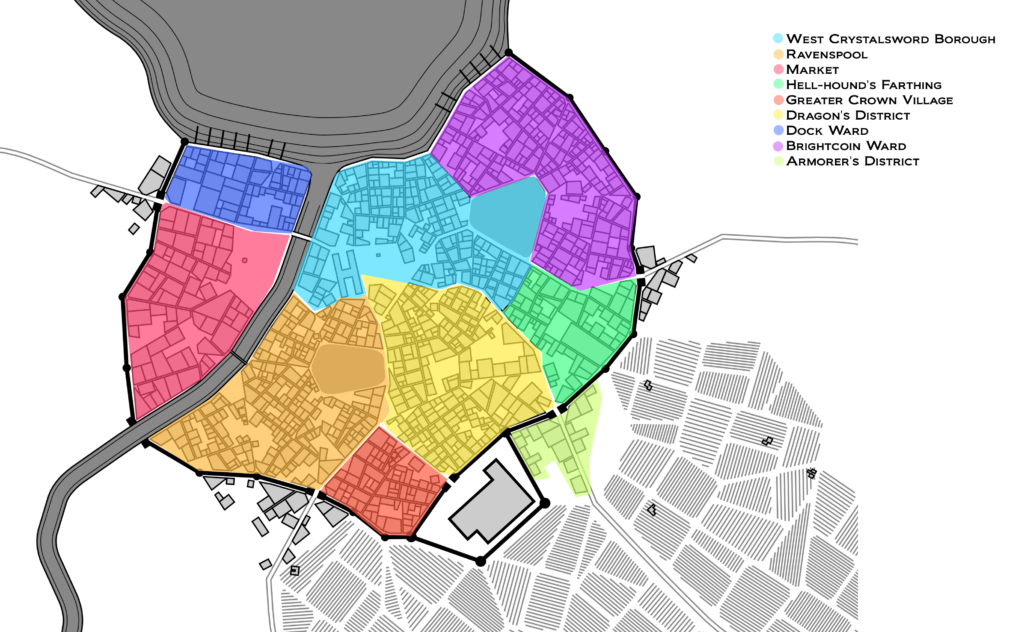 Opic is a large habitable planet in the Illian system. It is largely ocean with 95% of its land masses as islands along the equator.

It was settled by verran and dwulgar a couple thousand years ago. The native race of hobbas were pushed nearby to extinction, though they now thrive in underground caves and uncolonized islands. The colonial people of Opic dislike spacers, but put up with them for trade. 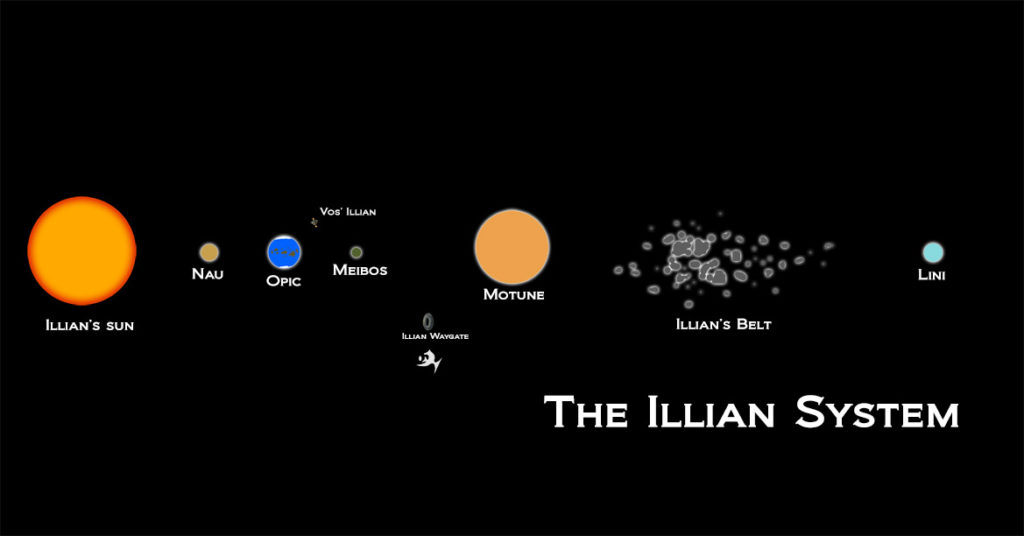 Vos’Illian is a pirate and smuggler’s port in Freespace. It is ruled by Aozvidar, a retired ocuth pirate. 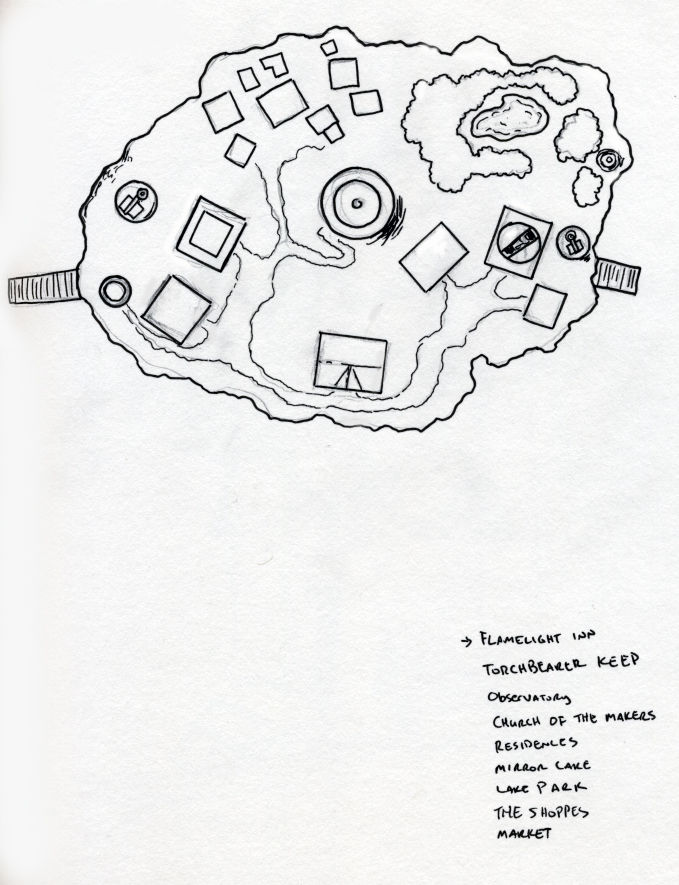 Vos’Illian was founded by the notorious pirate Aozvidar, an ocuth. He wanted to retire but still had an eye on how to make money, and what better way then having a spaceport for other smugglers and pirates. Even though he welcomes those who break the laws of the other powers, he runs a tight ship, with no tolerance for thieving or violence on the asteroid. 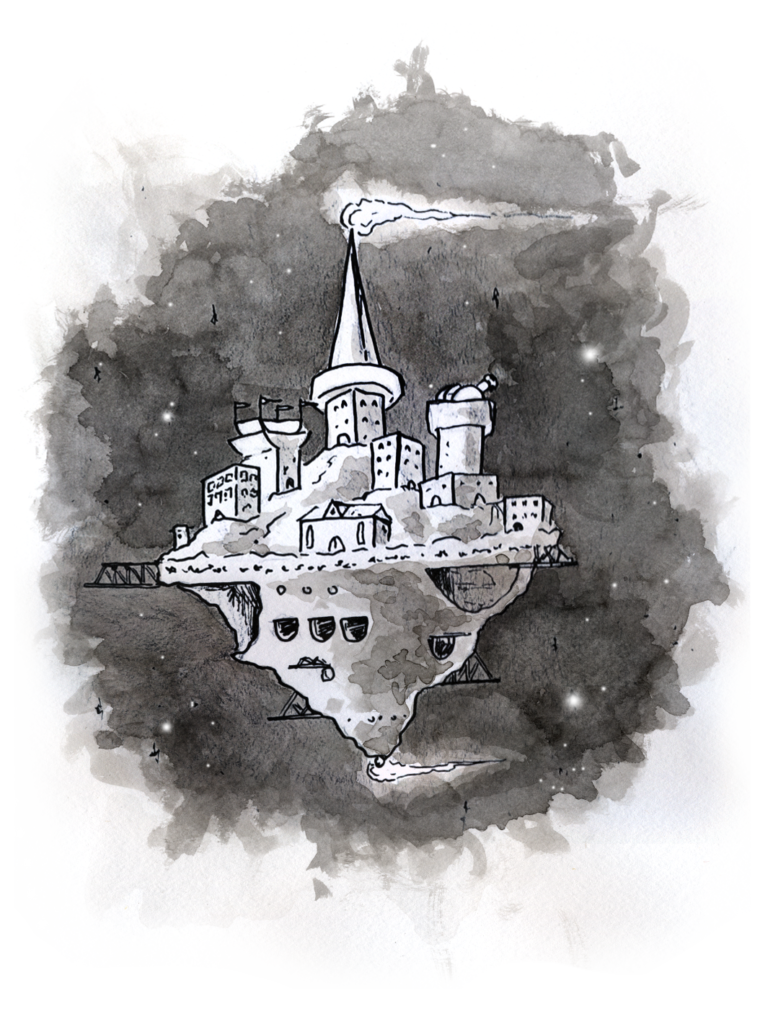 The staircase leads from dockside to topside. It has a gravity changer. Big spiral staircase.

Everything 1 gold or more or less.

Grendal buys and trades for. He pays 1/2 market cost on untraceable items, 1/3 for anything that can be tracked.

Temple of the Void

A long time ago Aozvidar became interested in the philosophy of the universe. He invited the philosophers of the Void, and spiritual sect who study, catalog, and research everything in the galaxy. They have a quasi-spiritual view of their work, but their work is highly neutral and a good basis for research.

Pirates and smugglers need their ships repaired or repainted more than most. The shipbuilders of Vos’Illian are good at their job and charge a fair price.

Avantis, the Gem of Voidspace

Avantis is the city of a 1000 races. All who travel between the stars know of Avantis and have bases set up within the city. Avantis is a giant asteroid, which is covered from edge to edge with a living city. It is protected and enclosed by the Arches, ancient amarnium structures which hold out the void of space and keep the air and gravity in. No one knows who built Avantis or the Arches, but now all benefit. Avantis is the only place where the Eldar-Illarth war is put on hold, and both races share the same ground.

The gravity field of Avantis splits it in half, the top half is the home of the Guild Council, the merchant quarter and the docks. The Underside is the slums and military base.

The city is ruled by guilds, and the top 10 guilds sit on the council.