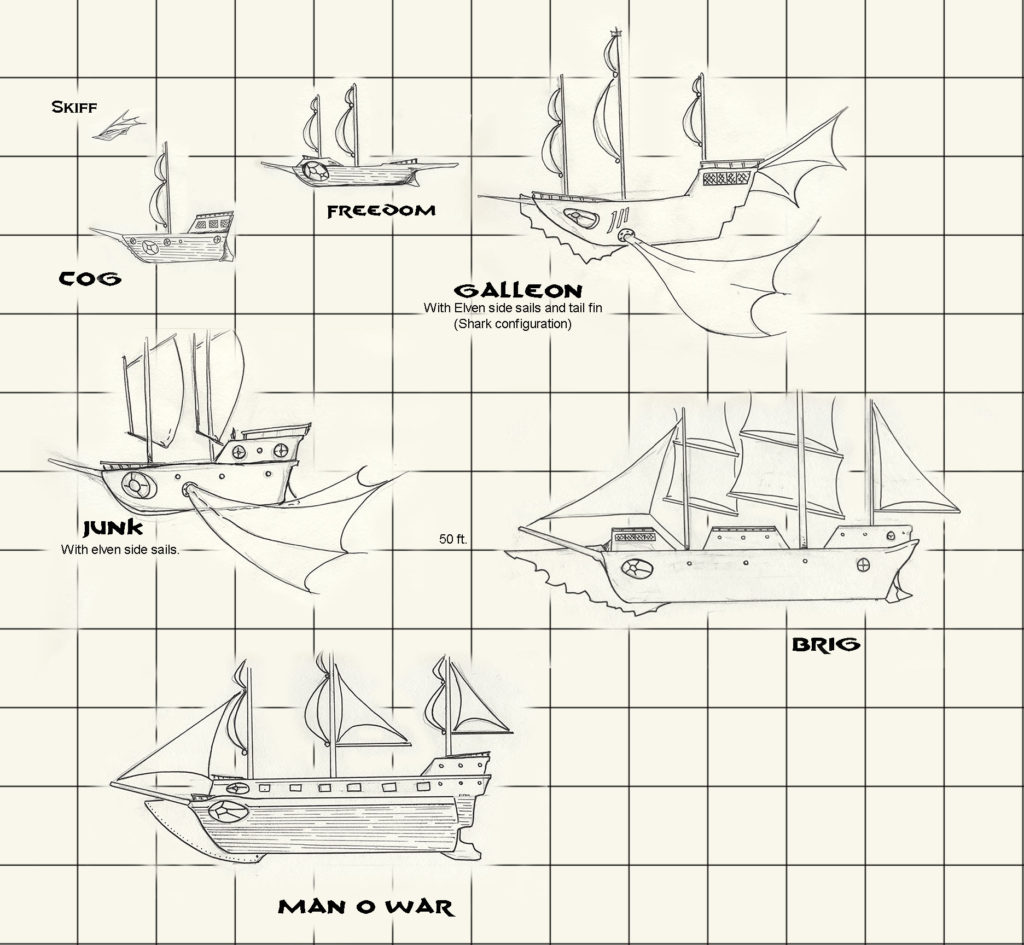 *Does NOT include the price of a helm

Skiff – A single man craft with Cargo room for individual equipment and one occupant.

Cog – A smaller ship with two decks. A Cog has cramped living and Cargo space, but is very affordable. It can also be piloted by a single person.

Freedom – This small vessel is the workhorse of the Verse. It is small, maneuverable, and can hold a decent crew and Cargo even though it only has 2 decks.Its cost / value ratio is the best of any ship.

Caravel – This ship is a newer class ship, based on the Freedom class. It was made larger, giving it more Cargo and living space, but losing maneuverability. It has double the Cargo of a Freedom class ship, but requires only half the crew of a Junk class ship.

Junk – This vessel is the favorite of merchants and pirates. While not very maneuverable, it can hold a lot of Cargo and has room for its crew to be comfortable on its 3 levels.

Galleon – This large ship has 3 1/2 decks giving way for plenty of Cargo and crew space. The wide stern and forecastles give raised platforms for weapon mounts. The Galleon is the perfect ship for the upper class merchant.

Brig – This long ship only has three decks, but it still has plenty of space for Cargo and crew. The Brig is a common flagship for military fleets.

Man-O-War – The Man-O-War is the most powerful style of military ship in the Verse. It boasts 5 decks and space for many of cannons or ballistas, while still having room for crew and Cargo. To go broadside against a Man-O-War often means death.