SagaBorn specializes in narrative-based roleplaying and social games. This is the home of SagaBorn RPG, the Dark Return, UFOz Are Real, and the infamous Wizard Staff Game!


Get the SagaBorn RPG PDF ! (Free) A retro, story-focused D20 OGL system. By Michael Bielaczyc and Brian Cooksey The SagaBorn Roleplaying System was created as a simplified D20 system. Its goal is to present a system that is simple, streamlined, and efficient. It is meant to encourage more storytelling and epic action rather than […]


SagaBorn Battles is a card based miniature game of player vs player skirmishing.   The lands of Atheles have long been in a dark age, though now magic has begun to return. Adventurers, tomb raiders, and grave robbers search the lands for ancient relics of magic. SagaBorn Battles uses miniatures you already own, or you […]


The Dark Return is a gothic fantasy setting. The terrible magics that ravaged the world centuries ago have disappeared, only to be replaced by famine, pestilence, and a humankind living in fear and isolated communities. Now, magic is returning, as are the magical creatures that such a power allows. The world is besieged by strange and terrifying […] 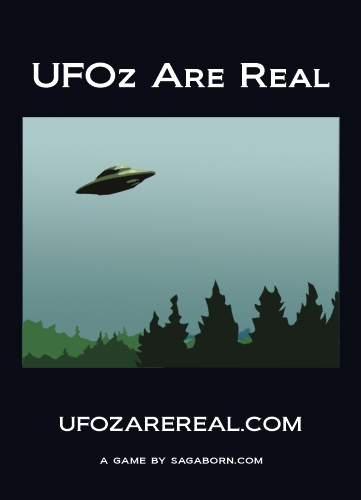 
A conspiracy-based storytelling game. The game is basic, but the stories are fun. There are a group of campers out at a cabin, but some of the campers are not what they seem. Depending on the amount of campers, a certain amount of them are aliens. The Aliens will abduct one camper per night, while […]


StarBorn is a setting in high fantasy space. Pirates raid ancient derelict ships, explorers find new Waygates, and the Eldar/Illarth war rages over most of the known galaxy. What part will you play? Download the Beta PDF here!