Those of you who follow us on Facebook know that we released a big update this week: Sagaborn 1.5 Beta. We are calling it a beta because there are some significant changes, and we need people to try it out and tell us what they think. We are beginning a new column to explain the changes. So welcome to our first installment of Fixes and Features! 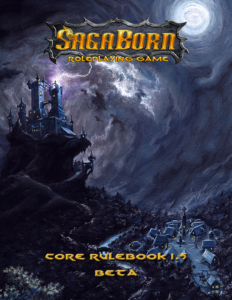 When playing SagaBorn with my main group, I kept running into the same issue. At high levels, my players seemed invincible. It was so frustrating that one of my players, Sam Flegal, went home one night and broke down the numbers behind character creation. What he found was that with a combination of Heroic features awarded at each level (such as +1 resistance to all saves, extra natural armor, etc) on top of Legacy items (you would have a total of 3 by level 6), characters actually had more magic in SagaBorn than in a standard D&D 3.5 or Pathfinder game. And I’ve been calling this a low magic world!

The first big change was that we condensed the class choices down to 3 parent Casses: Warrior, Scout, and Mage. Those are then split into Paths. Multiclassing works better this way because you can multiclass, but not multi-Path. This also means the Paths within a class share some of the same features. For example, Rogues and Rangers both have Sneak Attack as well as Dodge bonuses, now. Sharing these features expands the Path, and playing these characters becomes more dynamic and fun.

In fact, that was the #1 goal that Sam and I had when considering these changes. What makes the game more fun? Sagaborn 1.0 was pretty faithful to the leveling path of D&D 3.5. The issue was that D&D expected people to play until they were level 20, so if you had a “slow” level in which your class didn’t get significant upgrades in abilities and feats, it was no big deal; you had so many more levels. In Sagaborn, which capped at level 8, having those “slow” levels was not fun! So we tried to give players something fun at every level, making real improvements that would help change the play on the table.

You can check out the new “beta” Core rulebook here, and be sure to leave us some feedback!

WHAT’S IN THE WORKS? 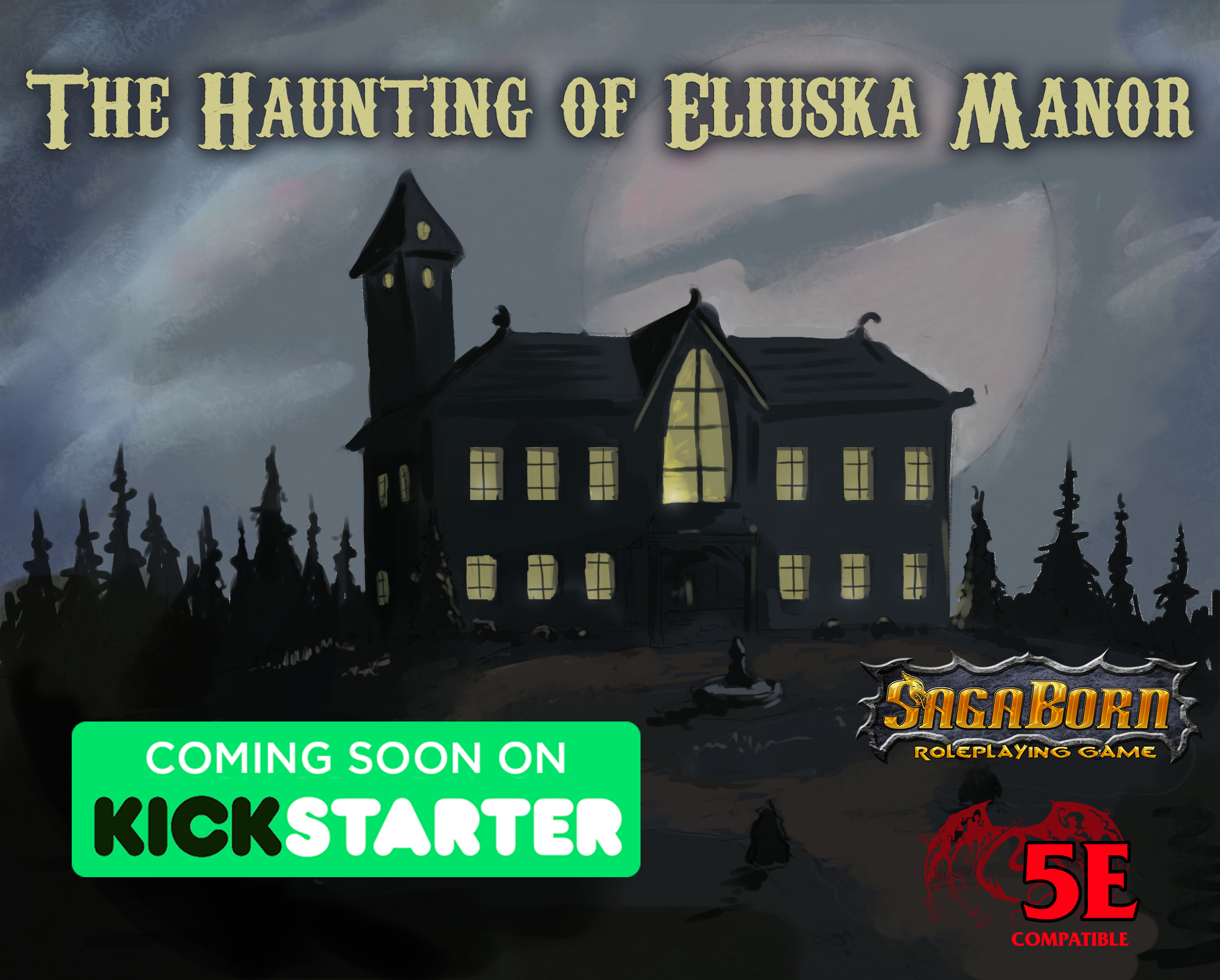 The Haunting of Eliuska Manor is an adventure for 4 to 6 level 4 characters. They are sent to the Eliuska Manor to investigate some strange sightings there and find out they may never get to leave! A classic haunted house adventure, for SagaBorn 1.5 and 5th Edition.

This painting, by Melissa Gay, was featured in the SagaBorn Core Rulebook. Since its completion, it has won many awards—even the coveted Chesley! 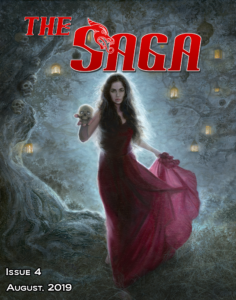 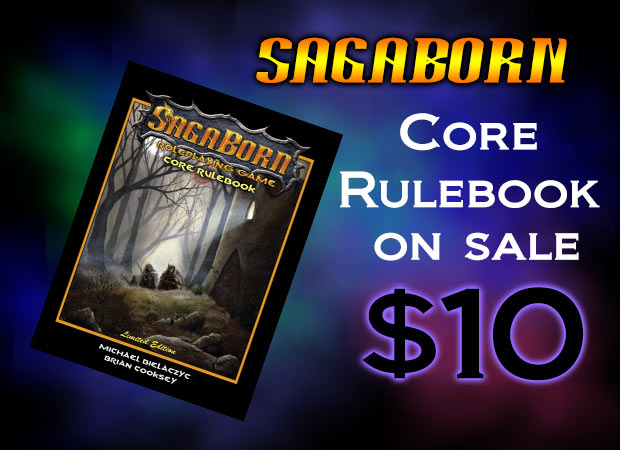